The year 1890 was marked as the first milestone in the history of Siamese financial reform with the establishment of a central agency in charge of managing the kingdom’s funds and ensuring a concise and systematic expenditure system with evidence and traceable receipts. This brought happiness to the citizens and prosperity to the modernised nation, together with economic stability to the kingdom.

The management of national funds is central to the administration of all countries and most particularly to a growing country with an expanding and more complex economic structure.

This is because the country’s financial benefits are the source of power that can generate the prosperity, stability and happiness of the subjects whilst steering the country away from crises.

There had long been public agencyoverseeing financial interests which were the revenue of Siam. King U Thong of the Ayutthaya period established “Krom Phra Khlang” (the Royal Treasury Department) to handle revenue collection. Following the public administration reform in the reign of King Boromma Trailokanat, “Krom Phra Khlang” was also responsible for operating the Crown’s warehouse business and “Krom Tha” (the Harbour Department), which dealt with the merchant fleet. This role was sustained through to the Rattanakosin era, albeit with some changes as a result of the country’s growth.During periods when the kingdom needed more revenue such as in the time of King Nang Klao (King Rama III), a tax farming system was enforced to ensure a definite annual revenue for the state. Unfortunately, authorised tax farmers were criticised for corruption and bribery and the state subsequently lost revenue and taxpayers were abused. As explained by Prince Damrong Rajanubhab, in spite of the convenience to the monarch of the tax farming system, the state acquired less revenue than it should have because a lump sum of the profits fell to the hands of tax farmers year after year, and taxpayers were abused by these concessionaires who sought only to make the largest profit possible from them.

Another example is the period when Siam was threatened by the Western nations in the reign of King Mongkut (King Rama IV). The Bowring Treaty, signed between the UK and King of Siam in 1855, ended the system of royal trade monopoly and resulted in a fixed rate import duty of 3%. The indirect impact of this treaty was a more flexible tax farming system and the diminishing influence of powerful aristocrats. However, with several ministries continuing to handle taxation and control their own expenditure prior to delivering all revenue to the royal treasury, the kingdom’s revenue remained lost and scattered. 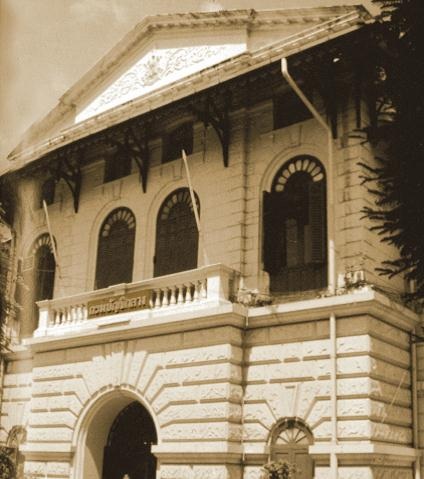 In this manner, “The Department of Account” or the Comptroller General’s Department of today was established on October 7th, 1890 as part of the principal departments and was located in the Ratsadakornpipat Hall building within the Grand Palace compound. Initially, its key responsibilities ranged from managing revenue and expenditure to correspond with the budget, managing the accounts for the royal assets, government debt accounting and receipts, with the comptroller-general in charge of the office and a deputy comptroller-general to assist him. The department had four duty officers.

The division of responsibilities according to the act, however, remained broad. On December 13th of the same year, King Chulalongkorn decreed the Department of Account Act, dividing the entity into three divisions: the Central Division, the Revenue Division and the Expenditure Division with the aforementioned four duty officers, in order to clearly specify the area of responsibilities for each division. Each main division had subordinate units and duty officers that completely covered all revenue-expense management as well as other assigned duties.

However, the truly greatest benefit of financial stability was the independence of Siam and the ability to gear the country towards modernisation, which was the foundation for all citizens to make an honest living, for the convenience of all Siamese merchants and for all international investments to help support the economic growth. The financial reform transformed the kingdom into a new prosperous country as if the old Siam had never been.

King Chulalongkorn’s determination to control in order to optimise the country’s revenue as well as to maintain financial balance became the root of the ideological framework of the Comptroller General’s Department of today.